We thought we would share this inspiring story of a brave young man who became a quadriplegic. A car accident stole most of his movement, but certainly not his brilliant mind:

Many quadriplegics – even those who are unable to speak – have bodies that are paralyzed, but their minds are perfectly intact.  They think, laugh, hurt, cry and have the ability to feel all of the emotions they experienced prior to their injury or illness.  It is especially important for quadriplegics to keep their mind energized, engaged and stimulated.  Ryan “Gooch” Nelson was literally “rescued” by finding a way – despite his paralysis – to perform music.

“I’ve been bruised and battered, beat up and left for dead/ I was rescued by the music living deep within my soul.” – Ryan “Gooch” Nelson

Nelson has since founded Music in Motion Foundation to inspire others through both music and his own testimony.  He turned a life changing tragedy into a triumph and is now helping others.

This serves as a gentle reminder to us all that quadriplegics are just like us.  They have goals, desires and dreams. They live, love and laugh. They also grieve, mourn and cry.

We at ASI feel blessed to be able to provide so many quadriplegics and their caregivers with the ability to become more independent.  Assistive technology – such as our autonoME environmental control unit (ECU) – has transformed the lives of so many.  We have seen cases where the face of the client we are working with lights up with excitement when we install their new ECU, only to find out later that they were once on the verge of suicide. This is exactly why we do what we do – and have been doing it for nearly three decades.   You see, at the end of the day, it’s about more than turning on a light or opening a door.  It’s about saving a life. 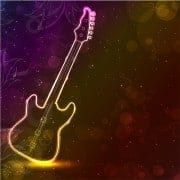 What a WONDERful Moment!