Manny Galan was a healthy, overachieving, energetic 14-year-old whose life was forever changed in 2010 when he suddenly went into cardiac arrest while on vacation with his family. A blood clot traveled to his heart through an opening which was not previously diagnosed. As a result, Manny suffered an anoxic brain injury and was left in a persistent vegetative state. Although doctors told Manny’s mom – Millie Galan-Aguirre – that there was zero chance of him recovering, she refused to give up. Manny did not have enough brain function to qualify for rehabilitation, so Millie trained herself and started to provide him with therapy. Several months later, while in a hyperbaric oxygen chamber, Manny looked into his mom’s eyes and became responsive.

Today, Manny is still a individual with quadriplegia and non-verbal, but he is able to walk short distances with a walker, use the bathroom, eat small amounts of pureed food, water ski with assistance and go to school. In fact, Manny graduated from high school in 2016 and aspires to attend college to study nuclear engineering. Sarasota County Schools contacted Accessibility Services, Inc. (ASI) in Homosassa, Florida to tell them about Manny and his aspirations. As a result, ASI visited Manny to conduct an evaluation and customized one of their autonoME packages – a combination of a speech-generating device and environmental control unit (ECU) – for him. The autonoME will serve as Manny’s “mobile aid”, allowing him to take notes, help him study, complete homework and access the Internet and computer programs. 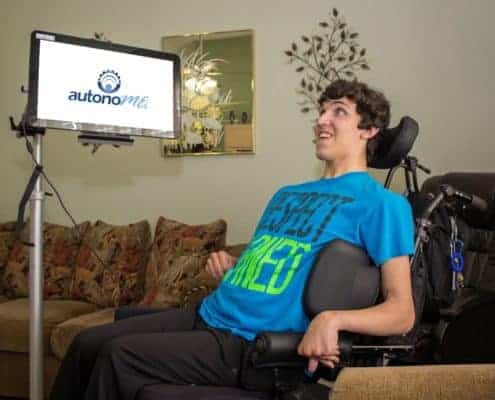 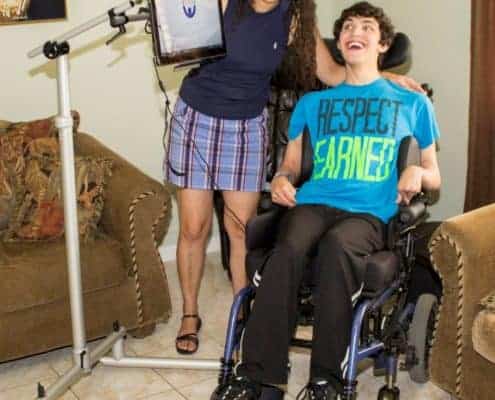 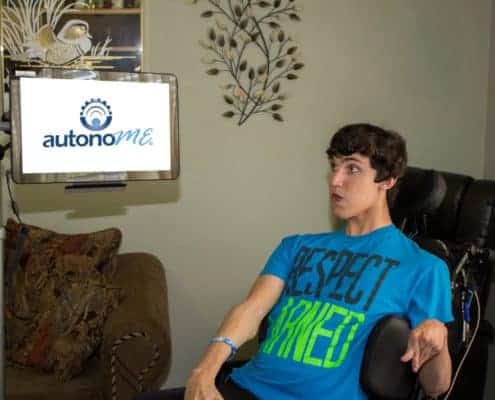 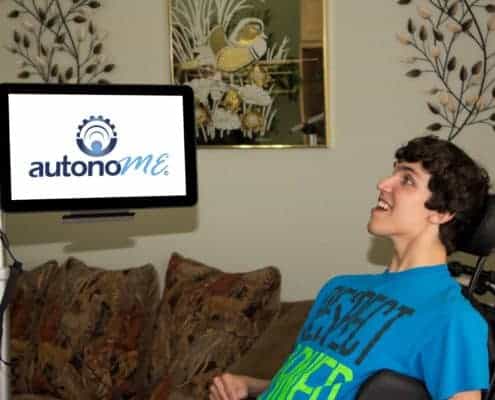 “This has been a blessing in so many ways,” explains Galan-Aguirre. “I have to fight for everything I get for Manny. One Sunday I was praying because we knew how much Manny needed to get the communication device. I got a call that Wednesday to tell me that ASI was going to donate the device to Manny. I broke down in tears because my prayers were answered!”According to Brice Green, Product/Sales Manager for ASI, the company thrives on success stories like Manny’s. “We are literally delivering hope when many times, all hope has been exhausted,” explains Green. “Knowing that the autonoME will help Manny get a higher education and achieve a certain level of independence is rewarding for everyone at ASI and confirms that what we do definitely makes a difference.”

According to ASI, devices such as the autonoME are covered by the Veteran’s Administration for service related injuries and diseases such as ALS. However, they are generally not covered by private insurance, Medicaid or Medicare, making it challenging for some who need these types of devices to be able to afford them. “When a individual with quadriplegia gains independence, their entire demeanor changes,” says Green. “The autonoME also helps alleviate stress on caregivers as well. We hope that one day private insurance, Medicaid and Medicare will realize the importance of the autonoME.” Manny’s autonoME is the second donation ASI has made this year. In March, the company donated a Grid Pad environmental control unit (ECU) to a gentleman with end stage Amyotrophic Lateral Sclerosis (ALS).“We wish we could donate autonoME’s to every person with a financial need,” says Green, “While ASI will continue to make donations as we are able, we are in the process of exploring new funding opportunities and partnerships with non-profit organizations to help make the autonoME accessible to more people who need it.” In the meantime, Green says ASI is excited to follow Manny’s progress. “We have no doubt Manny will be able to achieve his dreams,” concludes Green. “We believe his story of survival and determination will inspire others and make a difference in the lives of so many.”

Manny is at it Again! Scroll to top