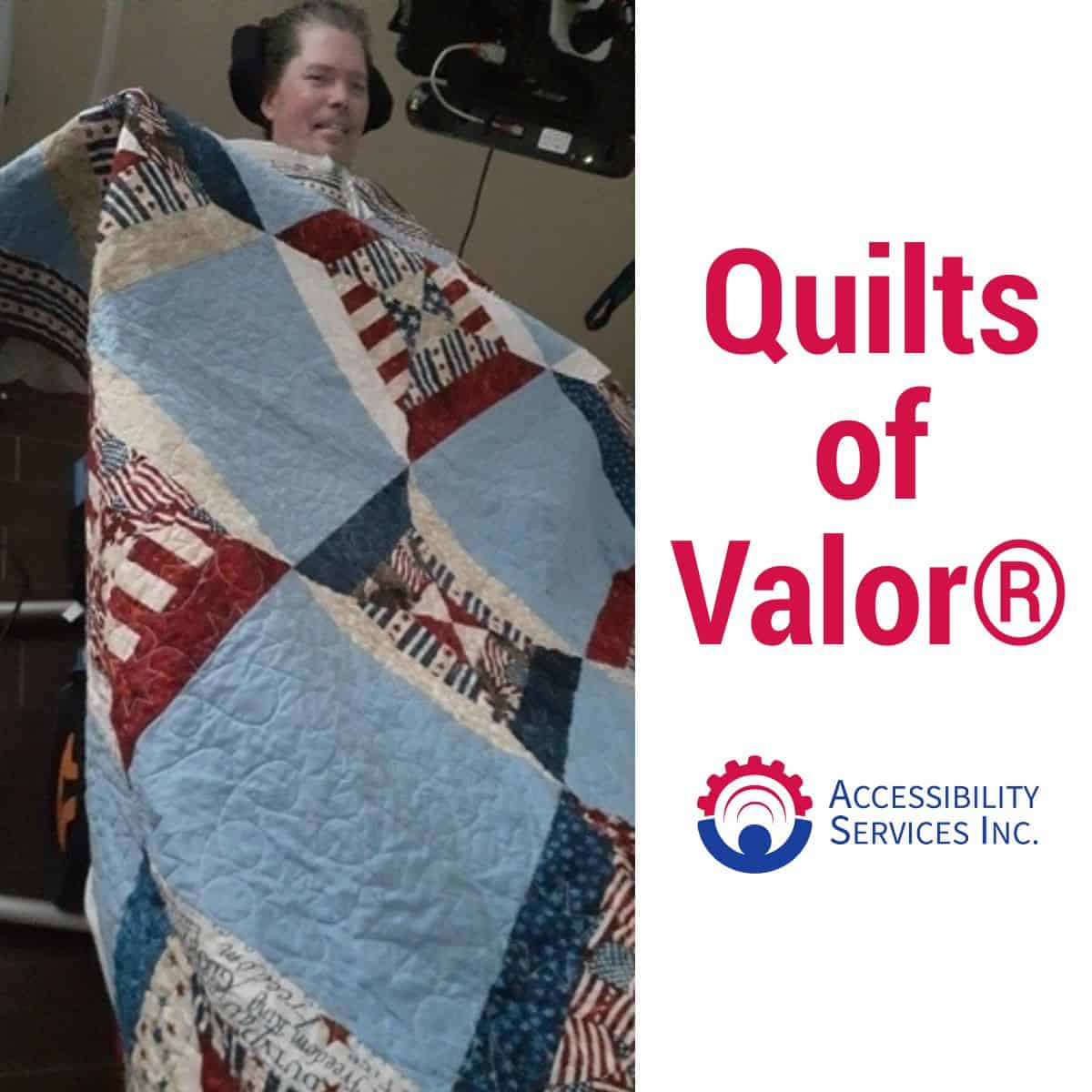 Did you know that Maggie Thompson, owner of Accessibility Services, Inc. (ASI), is an avid and talented quilter?  She handcrafts some of the most beautiful and unique pieces of quilt artwork you will ever see.  Thompson has become involved with an exciting organization called the Quilts of Valor Foundation.  Their mission is to, “cover Service Members and Veterans touched by war with comforting and healing Quilts of Valor.”

Thompson recently donated two of her handmade quilts to ASI clients who are also military veterans:

Bryan Camacho served as an infantryman in the U.S. Army from July 2002 until February 2013.  His deployments included three tours in Iraq.  During his third tour in 2007, he was paralyzed by an improvised explosive device (IED). Camacho spent 2.5 years in therapy and another 2.5 years in the U.S. Army before receiving a medical retirement. In November 2014, he sustained a further neck injury in a motor vehicle accident.

“This is probably the nicest quilt I’ve been given,” says Camacho.  “While I am a little uncomfortable receiving gifts for my service, I do appreciate the people that want to offer. I also didn’t expect such a nice quilt and I want to keep it in great condition!” 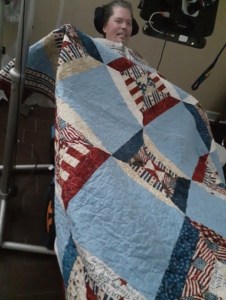 Brian Newton served in the U.S. Air Force for nine years.  He was a staff sergeant and air traffic controller who was deployed to Saudi Arabia in support of Operation Southern Watch.  He was diagnosed with amyotrophic lateral sclerosis (ALS) at the age of 45.  He received his first autonoME in 2014 and enjoys the independence it affords him.

“The quilt by Maggie is so nice,” says Newton. “The time and dedication to detail is unbelievable and noted. I appreciate her and Accessibility Services, Inc. for the commitment and support I feel on a daily basis.”

THANK YOU Bryan and Brian for the sacrifices you’ve made to preserve our freedoms and protect our country!