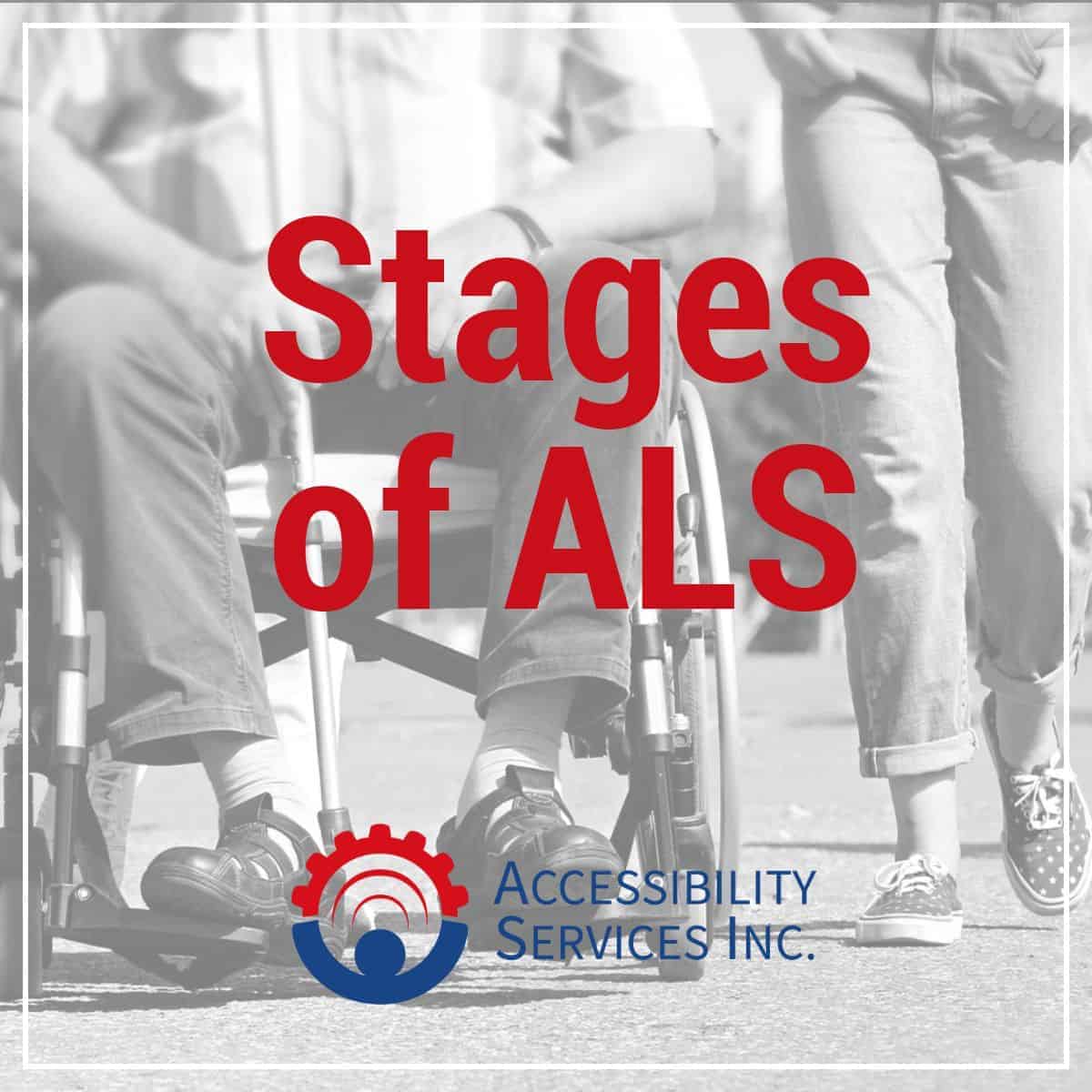 Amyotrophic lateral sclerosis (ALS) is a progressive neurodegenerative disease.  Also commonly known as Lou Gehrig’s Disease, ALS can affect anyone, but most commonly occurs in individuals between the ages of 55 and 75.  As the disease progresses, nerve cells that control muscle movement degenerate.  As this degeneration occurs, ALS communication assistive technology and environmental control becomes necessary to help individuals with the disease communicate and maintain some independence.

Let’s take a look at the different stages of ALS:

Symptoms during this stage are often mild and include muscle weakness, problems with grasping or holding on to objects, muscle twitches, stiffness and cramping, fatigue, digestive problems and weight loss.  In some cases, speech begins to become affected.  Once diagnosed, individuals should begin to consider incorporating ALS assistive technology such as an environmental control unit and ALS communication device.

Symptoms experienced in the previous stage often become worse.  The onset of paralysis also often occurs, as well as weakness in the mouth, chest and throat.  An ALS communication device is especially helpful during this stage.

Most of the body’s muscles become paralyzed during late-stage ALS.  Sometimes a feeding tube and/or ventilator are required.  An environmental control unit and ALS communication device become absolutely necessary to perform daily activities such as turning on the television, calling for caregivers, and speech communication.

It’s important to note that disease symptoms and progression vary with each individual.  The earlier ALS assistive technology can be incorporated, the better. The automoME is an integrated environmental control unit/speech generating device with full augmentative and alternative communication (AAC) capabilities and features.  Different input methods enable the autonoME to be used during any and all stages of the disease.  If you or someone you love has been diagnosed with ALS, we can help.  Give us a call today.

What is Voice Assistive Technology? Scroll to top