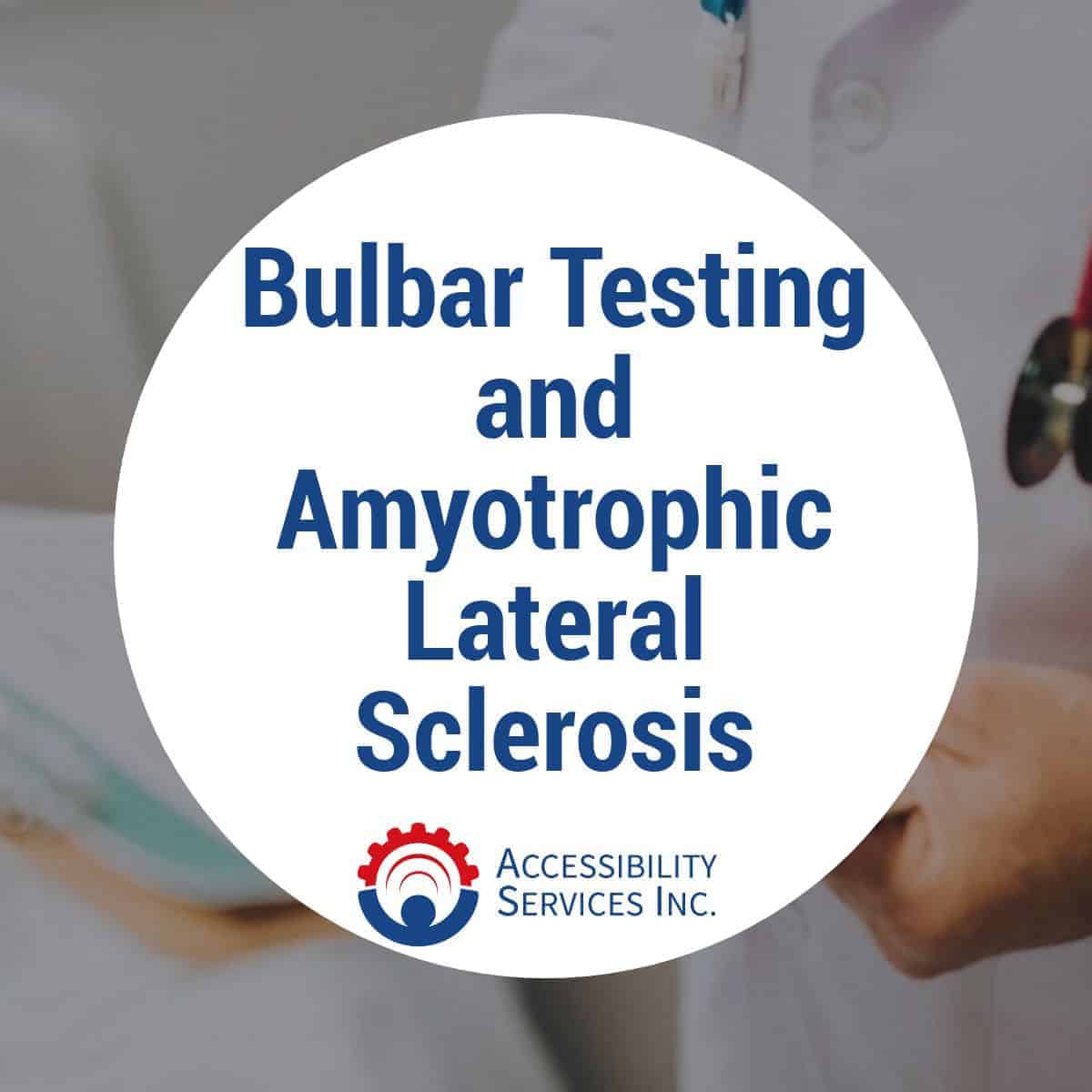 Last month we covered amyotrophic lateral sclerosis (ALS) and loss of speech.  This article is going to take a look at bulbar disease and ALS.

Bulbar disease originates in the brainstem and causes difficulty with speaking and swallowing.  New research indicates that bulbar disease may be detected in its early stages in individuals affected by ALS.  Bulbar testing is conducted by examining the tongue movement and control during speech, specifically strength, range and speed of movement.

An article in the Journal of Speech, Language and Hearing Research suggests that mechanistic measurements of the tongue and jaw could improve the assessment of a motor speech disorder that results from ALS.  The study suggested a reduction in the size and duration of tongue movements may be an early indicator of changes in bulbar function at early stages of the disease.  The most significant differences were seen in individuals with advanced stage bulbar ALS.

If you or someone you know are affected by amyotrophic lateral sclerosis, you are not alone.  Whether you are in the early stages or have an advanced form of the disease, an ALS communication device can make such a difference and improve a person’s independence. Give us a call to find out how ALS assistive technology such as the autonoME can help.