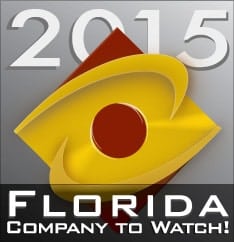 Leading Provider of Environmental Control Units Chosen From Over 500 Nominees

Accessibility Services, Inc. (ASI) announced today that it is among 50 statewide companies selected from more than 500 nominees for Florida Companies to Watch℠, a statewide program managed by economic development group GrowFL, in association with the Edward Lowe Foundation. ASI joins an esteemed group of honorees who will be recognized with this prestigious award on Thursday, November 5th at the Hard Rock Live in Orlando, Florida.

“We are thrilled to be part of the Florida Companies to Watch class of 2015,” says Maggie Thompson, President of ASI. “I applaud GrowFL and the Edward Lowe Foundation for taking time to recognize the hard work and sacrifices businesses such as ASI make everyday to contribute to the economic prosperity of our state. We are excited for all the winners!”

Thompson took the helm of ASI in 2009 when her husband and ASI founder, Fred Thompson, retired. Thompson made the decision to lead her company down an ambitious path toward becoming the leading provider of environmental control units (ECU’s) in the country. Her substantial investment in research and development paid off as the $800,000 company grew to become the $7,000,000 enterprise it is today.

“We were able to accomplish these goals because of the hard work of our outstanding team,” explains Thompson. “This award would not have been possible without our dedicated and committed employees.”

According to GrowFL, ASI’s management team, competitive market position and strong community involvement were among several factors that put them in contention for the award.

“These stand-out companies are all led by entrepreneurs, and have demonstrated their capacity and intent to grow,” said Dr. Tom O’Neal, executive director of the Florida Economic Gardening Institute and associate vice president for the University of Central Florida’s Office of Research and Commercialization. “They also all have critical intellectual property or a niche position that gives them a competitive edge in their markets.”

For more information about Florida Companies to Watch, visit flctw.growfl.com.